Interesting people, places, conversations, experiences & insights brought to you by a guy, who took some time off from corporate enterprise sales to take a Ridesharing & Life Coaching sabbatical... and that sabbatical continues 5 years later! 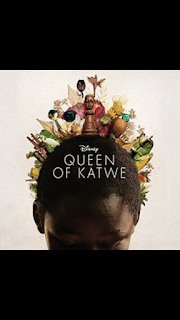 Julia hopped into the back seat, a bit out of breath muttering under her breath “We are so late where are they?”  She mentions that she is waiting for 2 more people as we sit in the pick up area of the Boston Copley Westin. As we wait, she asks if I ever saw the Disney movie Queen of Katwe? Honestly, it sounded familiar, but no, with my kids in their late 20s and 30s now I rarely get to Disney movies… plus those darn movies always make me tear up!
Julia explains that we are waiting for the real Queen of Katwe, Phiona Mutesi, who the movie is based on and her famous coach, Robert Katende, and they are being honored at a special luncheon over at Harvard.  Julia explains that her foundation supports the work Robert is doing.
The story is about a young girl, Phiona, at 10 growing up in the slums of Katwe in Uganda, an extremely volatile environment.  Robert Katende who we were also waiting for and the recipient of numerous awards was a soccer coach at that time and teaching chess to kids on the side at a local missionary center… this is where Phiona meets him.  She became interested in the game and Robert coached her along the way.  She caught on fast and became extremely good… so good in fact that in 2010 Phiona qualified to represent Uganda at the World Chess Olympiad in Russia at age 14.  Her goal was to become so good that she will gain the financial freedom to escape the slums of Katwe with her single mother and her siblings.
Today, Phiona is a world class chess player and is studying under a full scholarship at Northwest University in Kirkland, Washington.  Robert has had many impressive positions such as Sports Outreach Director, Kampala & Nairobi and more recently Sports Outreach Director for Africa & General Secretary for the Social Action Commission of the World Chess Federation.  His mission has remained to use Chess as a way to transform Children’s lives who are stuck in the slums of Africa. Today Robert runs a Foundation called The Robert Katende Initiative that supports this mission.  As a part of this foundation, he also started SOM CHESS ACADEMY, which is a physical space to support his initiative “one move at a time”.  He is raising money to build a proper, state of the art facility.
As they were leaving for their late luncheon appointment, Robert handed me a signed DVD copy of the movie from both of them and I handed all three of them “Gratitude” coins and I thanked them for inspiring me!
To learn more about the work Robert Katende is doing click on the link below: