Interesting people, places, conversations, experiences & insights brought to you by a guy, who took some time off from corporate enterprise sales to take a Ridesharing & Life Coaching sabbatical... and that sabbatical continues 5 years later!

An artist using social unrest as a marketing tool

It was gloomy out… lots of hard rain a fallin’ all around my sights, when Nils hopped into the back of my car.  He was heading to NYC to do business!  Not the kind of business you might be thinking though, you see, Nils is an artist and just not any artist either!

Nils Westergard is described as a nomadic Belgian American street artist and film maker.  His murals and stencilled works can be found across the US, Europe, and Australia. Nils uses imagery of social unrest, his friends, and surreal portraiture as the subjects of his art.  As a focus for his message, he uses a variety of subjects with a characteristic style.  Based out of Richmond, Virginia You see, Nils does his art around social unrest around the world. This may not make him seem so unusual but, it is how he markets himself that I found to be quite impressive.  He is described as nomadic because he travels the world to paint large scale murals and he paints these large murals for free!!!!

Starving artist you are thinking? or Brilliant business move?  So organizations, social causes and people from around the world will provide the canvas for Nils and he paints or stencils a message for that particular place and time.  He also signs each with his name which is rare for large graffiti art because most graffiti is illegal, but not Nil’s work… he has been granted artistic freedom and permission to work his medium. 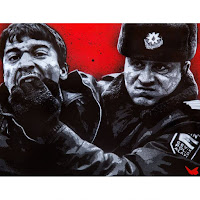 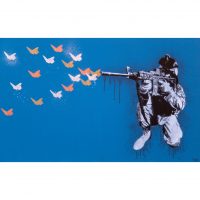 Through his public mural displays, Nils is able to sell his private works to patrons from all over the world.  I dropped Nils off at South Station as he was heading off for his next great artistic creation that will also send out a social message and a little bit of marketing as well!
Check out Nils on Facebook: https://www.facebook.com/nilswestergard/
TAGS
RELATED POSTS